Department of Criminology and Sociology 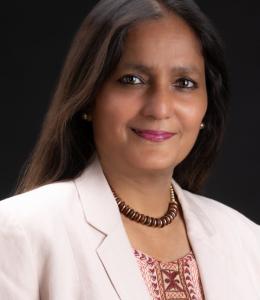 Poonam Bala
Email: p.bala@csuohio.edu
Professor Poonam Bala, Ph.D. (Sociology), Commonwealth Scholar, University of Edinburgh (UK), did postdoctoral research at the Universities of London and Edinburgh, and an M.Phil. from Jawaharlal Nehru University. Recently appointed as a Professor Extraordinarius at UNISA (South Africa), formerly Professor at Amity University, Faculty at the University of Delhi, Visiting Professor at Jawaharlal Nehru University, and at academic institutions in South Africa, Germany, Canada and Greece, she has lectured at Harvard University, University of Queensland and delivered the Distinguished Dr. Upendranath Brahmachari Endowment Lecture (India). Recipient of several national and international fellowships, she is the author of Imperialism and Medicine in Bengal: A Socio-Historical Perspective (Sage), besides several edited and authored books/research articles. Her select publications include Medicine and Colonialism: Historical Perspectives in India and South Africa (Routledge), Learning from Empire (Cambridge Scholars), amongst others. She was President of the First International Conference on Ancient Greek and Indian Medicine (Greece), and Founding Member of the Asian Indian Heritage Project (Ohio), has been on the Editorial Board of the Ancient Science of Life, on the Editorial/Reviewers’ Board of the Athens Journal of Health, and Academic Member of Athens Journal of History. She participated in a debate session at the City Club of Cleveland on ‘The Kashmir Dilemma in the Indian sub-continent’ as well as on the Relevance of Education System in Contemporary India at the Delhi Doordarshan Education Programme, New Delhi.
Public Affairs and Education >

Department of Criminology and Sociology

Connect with Department of Criminology and Sociology